Not too long ago, people got creeped out by Amazon’s Alexa devices randomly laughing at them. Now Jeff Bezos’ digital assistant is offering folks the chance to put a sock in its mouth. Err, speaker. Reddit users first noticed that when asked to turn light on, Alexa would complete the task and then append the exchange by saying it’d be the last time it would use a verbal confirmation. Instead, it’d beep upon a task’s completion from that point forward, noting that this was a new feature called “Brief Mode” that’d curtail its speech. That was with a first-gen Echo. In our tests with a second-gen device, the same thing happened, with Alexa asking if we wanted to enable the different audio option.

What apparently started as a quick test has rolled out to more devices, with at least one user saying it’s preferable to the constant verbal confirmations. If you have version 2.2.202313.0 on iOS (which rolled out yesterday) if you navigate to settings > general > Alexa Voice Responses you’ll see the option to turn Brief Mode on. If you’re looking for a little peace and quiet from your smart speakers, this could be just the respite you’ve been waiting for. 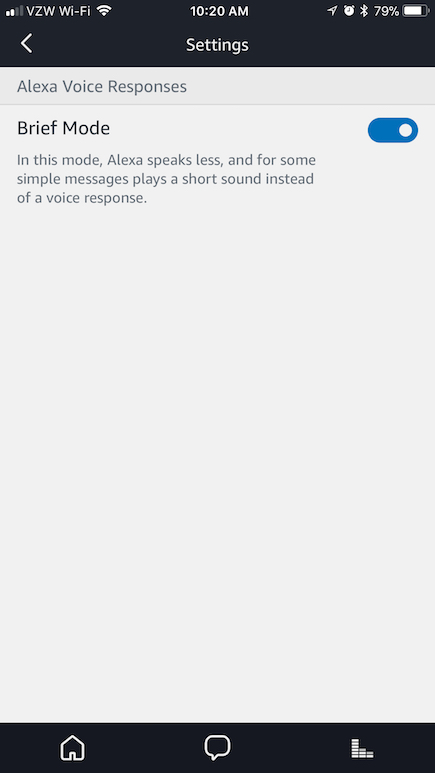