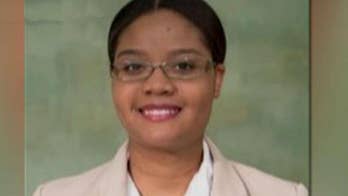 A 32-year-old former student has refused to move out of her dorm for two years since dropping out, prompting legal action from a New York college.

In 2016, Lisa S. Palmer enrolled at Hunter College to pursue a geography major but dropped out of classes shortly after she moved into the dorm.

Two years later, the Delaware native who now works at an architecture firm has racked up $94,000 in living expenses for refusing to vacate Hunter College’s premises, despite receiving numerous notices from the school informing her of the eviction, according to a lawsuit filed by the school.

Last year the school’s attorney failed to evict Palmer with a notice that read: “Thirty day notice of termination. You are required to vacate and surrender the premises on or before October 31, 2017, at 12 pm.”

Palmer refused to move and continues to squat in the dorm to this day.

“I plan on fighting the lawsuit and while I fight it, I’m going to stay,” Palmer told the New York Post, but she added that dorm life is “really lonely” for someone her age.

According to Hunter College’s website, residence fees for the Brookdale Residence Hall are $6,000 per school year for a single room, which are only offered to full-time students who maintain a minimum grade point average and keep up with their room and board fees.

Palmer is reportedly one of ten people the school is currently trying to evict, including nine nurses – one 67-years-old – who were given rooms in various wings when it was owned by Bellevue Hospital.