Cruise passenger on sinking tour boat recalls scary experience: ‘I was in shock’

A Royal Caribbean passenger aboard the ill-fated tour boat that sank off the coast of Cozumel last week said he was shocked at how fast the vessel sank.

“I’ve been diving for 12 years and never seen something like that before,” Thiago Koga told The Miami Herald. “I was in shock.”

Koga was one of 10 Royal Caribbean cruise passengers who needed to be rescued last Wednesday after their cruise-sanctioned boat tour went south near the Mexican island.

The passengers — four from Royal Caribbean International’s Navigator of the Seas, and six from Celebrity Cruises’ Celebrity Equinox — had booked the trip as part of a sponsored scuba diving excursion during a stopover in Cozumel.

Their plans were cut short after the boat began taking on water shortly into the trip.

Crew members instructed all passengers to move to the bow of the vessel and to throw their weight belts ─ which would’ve been used to keep them underwater during scuba diving ─ into the ocean to lighten the boat, Koga told the Herald.

Passengers were soon forced to jump into the water, as the boat continued to sink.

The Mexican Navy, along with a handful of other vessels and another boat from the same diving company, Sand Dollar Sports, responded to the scene, pulling all 10 passengers out of the water, the Herald reported.

Royal Caribbean said all passengers were returned to their respective ships the same day, and that no one was seriously injured.

“On Wednesday, January 3, six of our guests from Celebrity Equinox and four from Navigator of the Seas were on the “Certified Scuba Dive” shore excursion in Cozumel, Mexico, when their boat began to take on water.  All guests we rescued returned back to their ships later that same day,” said Royal Caribbean in a statement to Fox News. “The cause of the incident is still under investigation.”

Royal Caribbean also confirmed that the diving trip was indeed a sponsored shore excursion for passengers of the Navigator of the Seas and the Equinox, both of which had sailed from Miami. 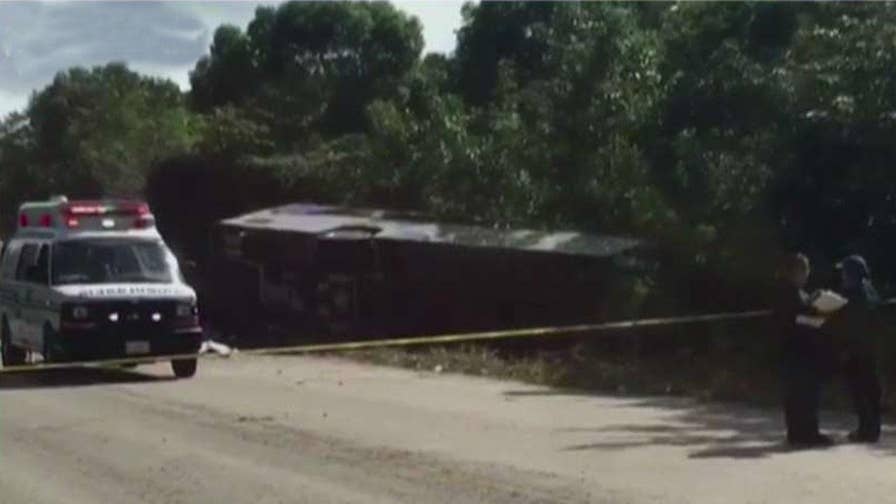 Koga further wrote on Twitter that he was thankful to have survived, unlike some of the bus passengers involved in the fatal tour bus crash in Mexico on Dec. 19, which claimed the lives of 11 Royal Caribbean cruise passengers and the tour bus operator.

Both incidents also draw attention to the safety of cruise-sponsored excursions. In many cases, however, the cruise companies themselves are not held liable for any accidents that take place on such trips, as the operators are acting as independent contractors, maritime lawyer John M. Hickey told Fox News.