Demi Lovato apparent overdose: How to keep loved ones from relapsing 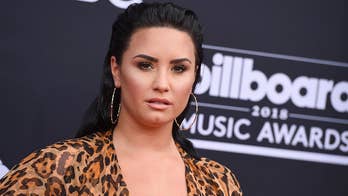 When news broke that pop sensation Demi Lovato was rushed to the hospital for an apparent overdose, fans of the 25-year-old singer were devastated.

The star had claimed that she was sober for about six years, but she recently revealed she’d relapsed in a new song titled “Sober.” The lyrics, which Lovato penned herself, offered an apology to relatives while promising to get help; “Momma, I’m so sorry, I’m not sober anymore / I’m sorry that I’m here again, I promise I’ll get help, It wasn’t my intention, I’m sorry to myself.”

About 40-to-60 percent of people treated for substance abuse disorders experience relapse, according to the National Institute on Drug Abuse (NIDA).  The relapse rate for those in recovery for alcohol addiction are even higher, at around 90 percent.

“It’s important to understand that relapses do not mean that someone can’t get sober. Starting and maintaining a sober lifestyle is an ongoing process and for some, relapse can be part of this journey,” Jamison Monroe Jr., founder and CEO of Newport Academy, a teen rehabilitation center told Fox News.

Some sources close to Lovato have said the star will seek drug abuse treatment at a rehab facility following her hospitalization, but this will not be the first rehab stay for the Disney alum. Lovato entered rehab and treatment in 2010 for bipolar disorder and her addictions to alcohol, cocaine and OxyContin.

“In order to address substance abuse—no matter what the substance of abuse may be—it’s essential to address the root causes,” Monroe said. “Effective treatment focuses on identifying and working with the mental health issues that gave rise to the self-destructive behaviors.”

“Sustainable recovery also involves establishing healthy ways to cope with painful emotions, rather than self-medicating with drugs or alcohol,” he added.

Many rehab facilities like Newport Academy focus their treatment on individual, group and family therapy sessions as well as experiential activities such as yoga and meditation, and art and equine therapy. Once a patient leaves rehab, certain events or circumstances can trigger a relapse. Some addiction experts say the most common relapse triggers are stress and anxiety, but there are several to be aware of.

“We say in general people, places, [and] things, which remind you of your drug triggers you back to your drug,” Dr. Kenneth Rosenberg, an addiction psychiatrist in New York City told Fox News.

It’s also important for recovering addicts and their loved ones to recognize some of the signs of relapse so the addict can get appropriate help before they fall back into their old ways of drug abuse.

Behaviors that signal a substance abuse relapse:
Previous behaviors emerge
Shows signs of slipping out of daily routines
Romanticizing periods of prior substance abuse
Distancing oneself from friends or support groups

“If you see someone who’s healthy and then all of sudden not showing up for work and [they] look miserable and unhealthy, be there to listen, go for a walk with a friend, suggest professional treatment, bring them to therapy, bring them to an AA meeting, [and] get them to have a hobby,” Dr. Kathryn Smerling, a psychotherapist in New York City told Fox News.

Addiction is a disease that doesn’t discriminate, but researchers suggest genes and the effects that environmental factors have on a person’s gene expression can be responsible for about 40-to-60 percent of a person’s risk of addiction, according to NIDA. Studies also find that people with mental health disorders are at a greater risk of drug use and addiction than others.

“Addiction is a symptom of what’s going on in your own psychology. It’s more dangerous when you have a character disorder like psychosis or bipolar, it’s a very common comorbidity,” Smerling said. “Once you learn what your demons are you can conquer them, but you have to be willing to conquer them.”

Meghan Markle is being kept at a ...