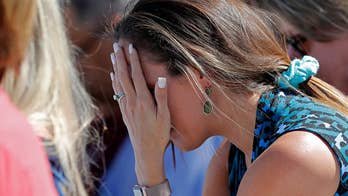 When troubled young people become mass murderers and turn schools into killing fields – as happened last week when 17 students and adults were tragically shot dead at a Florida high school – our nation is traumatized and millions of us ask troubling questions.

How could such a tragedy happen? Why was the killer not identified before he went on his deadly rampage? What led him to senselessly take innocent lives and destroy his own future – either committing suicide, dying from police gunfire, or spending the rest of his life in prison?

For every young mass killer, there are many troubled young people in our country who bully their peers and sometimes break the law by robbing, assaulting, raping and even killing innocent victims. We don’t hear about such criminals in the news because there are so many of them and their crimes have become routine. But cumulatively, they are responsible for far more deaths and suffering than the mass murderers.

Parents, teachers, coaches, employers and youth workers could be the key to guiding these children out of a destructive lifestyle and into a constructive one – before it’s too late.

It seems we hear more stories about troubled kids today than we did a few years ago. I’m sure they’ve always been around, but it seems I meet more parents who are at their wits end trying to love, lead, and discipline their kids through mental and emotional difficulties.

I’m not talking about the normal challenges parents have, like getting kids to eat their vegetables, take the trash out, not cheat on tests and not throw a tantrum when they don’t get the latest iPhone the day it’s released.

I’m speaking about a child who’s particularly difficult to raise or educate due to a pattern of disruption or anti-social behavior. Not only do the victims of their actions need our help, the perpetrators do too.

Parents, teachers, coaches, employers and youth workers could be the key to guiding these children out of a destructive lifestyle and into a constructive one – before it’s too late.

Here are some practical steps we can take.

1. Take the initiative to make contact at the first symptom of trouble.

Troubled kids are intimidating to most adults. They can be aggressive or reclusive – but either way, they’re different. We’ve got to get over our fear. We must build bridges of relationship that can bear the weight of truth.

The data’s been clear for years – the most important factor preventing kids from becoming destructive is a relationship with a caring adult. We don’t have to be their parent or even have a lot in common.

I met a boy I’ll call Jeffrey years ago when he was a teen. He was a pothead and commonly was a thief. I continued to show up at his house just to hang out and grab some coffee. It wasn’t my favorite place to be, but I got to witness a complete turnaround in his life without much prodding on my part.

2. Take the behavior of troubled kids seriously, but don’t take it personally.

If children commonly “act out,” almost anything can trigger an outburst. Be sure to lead as objectively as you can. Act, don’t react. Meeting emotion with emotion is like fighting fire with fire. It doesn’t solve a crisis.

We live in volatile times, and too often pure emotion lies behind the conduct of a troubled teen (or a troubled adult, for that matter). What’s needed is clear thinking in those moments.

I recently had a showdown with a volatile, angry boy who somehow felt he could bully me when he didn’t get his way. I worked to remain poised and not stoop to emulate his behavior.

While we didn’t resolve the problem immediately, we did end the conflict, as it takes two to fight. If necessary, calm the emotions and wait for a better time to talk. At the same time, we must take measures to inform others of their actions

When people or situations go awry, leaders tend to seek to control the situation. Parents do it. Teachers do it. Coaches do it. We think if we just seize control, we can whip things back into shape.

There’s just one problem. Control is a myth. I’ve never been able to control the attitude of an adolescent.

Once we shift our focus from controlling the young person to connecting with him or her, things begin changing. We now have the opportunity to touch their hearts, not merely modify their behavior.

Research reveals a most remarkable reality about dealing with problem children. It appears that the better we get at building a flourishing relationship with our kids, the fewer problems and challenges they exhibit. In the long run, seeking connection is the best way to reduce conflict.

4. Expose children to environments that reframe their potential.

Troubled kids have a narrative in their minds about who they are. Some counselors diagnose them: “high arrogance, low self-esteem.”

These children have a veneer of hubris, but deep down they often don’t possess self-respect. When I have introduced kids to people and environments that reframe who they are and what they can do, they’ve experienced a new sense of identity.

Years ago, I volunteered at a maximum-security prison and brought an employer who could spot talent quickly and clearly. Once trust was established, I was amazed at how soon the inmates saw themselves in a better light and were willing to discuss possibilities. For many, this kind of reframing has never happened due to the failure of adults in their life.

5. Talk about equations, not rules.

I don’t know any kids who like rules. Conversations about rules tend to fall on deaf ears. However, once I reframe the issue, I suddenly gain an audience with them.

Neither of my two adult children were considered “troubled kids,” but we did endure some rebellion during their young adult years. I told them life was full of equations: If you do this, then that will be the benefit. If you do that, then this is the consequence.

Then my wife and I had to follow through to not remove consequences. At this point, I was able to leverage incentives to change the actions of my children.

As often as possible, we must labor to ensure that any consequences for poor choices are not fatal but educational. Life is full of equations and part of our problem today is that adults (even parents) offer an unreal version of life. We must talk about long-term outcomes for behavior.

6. Convince young people they have allies.

The easiest trap to fall into in troubled times is to form an adversarial relationship. It’s me against you. (This is a large part of the problem in our nation today).

Often, we become more concerned about how the situation looks on social media rather than our relationship to these young people. Find a way to let them know that you are on their side. You want the best for them. Show them that you believe they could do something significant that is redemptive, not destructive in the world.

Our solution to the crucial problem of dealing with troubled young people may just come one life at a time.