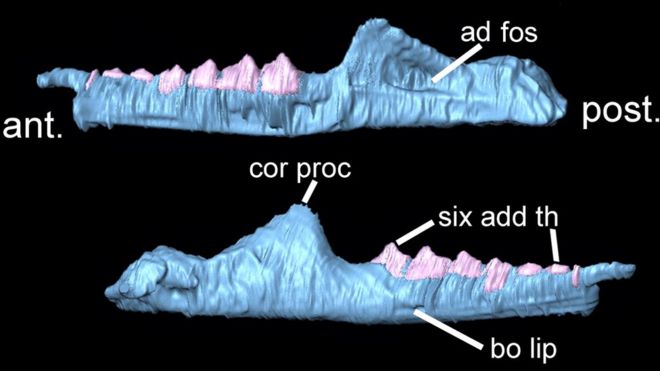 A fossil from south Wales has finally been identified as a new ancient species of small lizard.

The reptile would have shared its home with other dinosaurs 200 million years ago, in what would become the Vale of Glamorgan.

The fossilised remains were found in rocks collected at Pant-y-Ffynnon quarry near Bonvilston in the 1950s.

It has been name Clevosaurus cambrica by the Bristol University undergraduate who made the discovery.

“We compared it with other examples of Clevosaurus from locations around Bristol and south Gloucestershire, but our new beast is quite different in the arrangement of its teeth,” explained Emily Keeble, who compiled the research for the final year of her palaeontology degree.

During the Late Triassic period, the area that became south Wales and south-west England was a series of islands, inhabited by small dinosaurs and relatives of the Tuatara, a reptilian living fossil from New Zealand.

“We were lucky to find quite a lot of the skeleton and Emily was able to scan the blocks and make 3D reconstructions of the skull, neck, shoulder and arm region,” said project supervisor Prof Mike Benton.