GoFundMe used to charge US personal campaigns, but doesn’t anymore. Here’s why the CEO thinks it’s a good model to follow 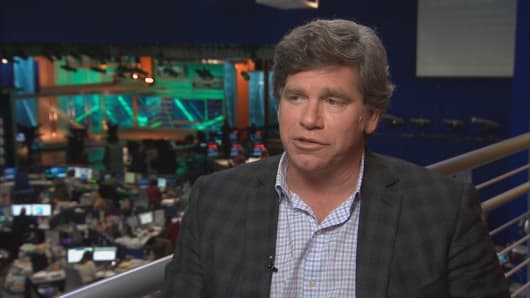 Back in November, the site announced it would no longer take a 5 percent fee of funds raised on personal campaigns in the U.S., opting instead for what amounts to a virtual tip jar. That model has since expanded to Canada and the U.K.

“My board of directors thought I was nuts when I wanted to change the model, but we listened to our customers, we listened to the market and that was the right way to go,” Solomon told CNBC’s Jon Fortt for the Fortt Knox podcast.

GoFundMe is now funded largely by donations — users are presented with a voluntary option at the end of a transaction to send a few extra dollars to the site. The site’s fee structure still indicates a 5 percent fee on “certified charity campaigns, and all campaigns created outside the United States and Canada.”

Solomon said the “effective rate” of user donations is enough to keep the business profitable.

“A lot of feedback over the years has been, we love GoFundMe, we love what you do, the 5 percent is fair, but we want all of the money to go to the cause,” he said.

“And in hearing about that, we decided that there’s such good sentiment around GoFundMe the brand that we could remove the platform fee, and rely on the generosity of our donor community,” Solomon added.

Since its launch in 2010, GoFundMe has shepherded more than $5 billion to local and national causes. Single campaigns, like the recent fund for the March for Our Lives organized by survivors of the Parkland, Fla., school shooting, have alone raised several million dollars.

Solomon said the sheer volume of donations allows GoFundMe to perfect its own fundraising efforts.

“Since we’ve launched, we’ve had hundreds of millions, close to a billion dollars, flow through the platform,” he said. “And you understand the patterns pretty quickly. And you know the magic of the Internet is that you get to test different ways to present information.”

Machines will soon be able to learn ...