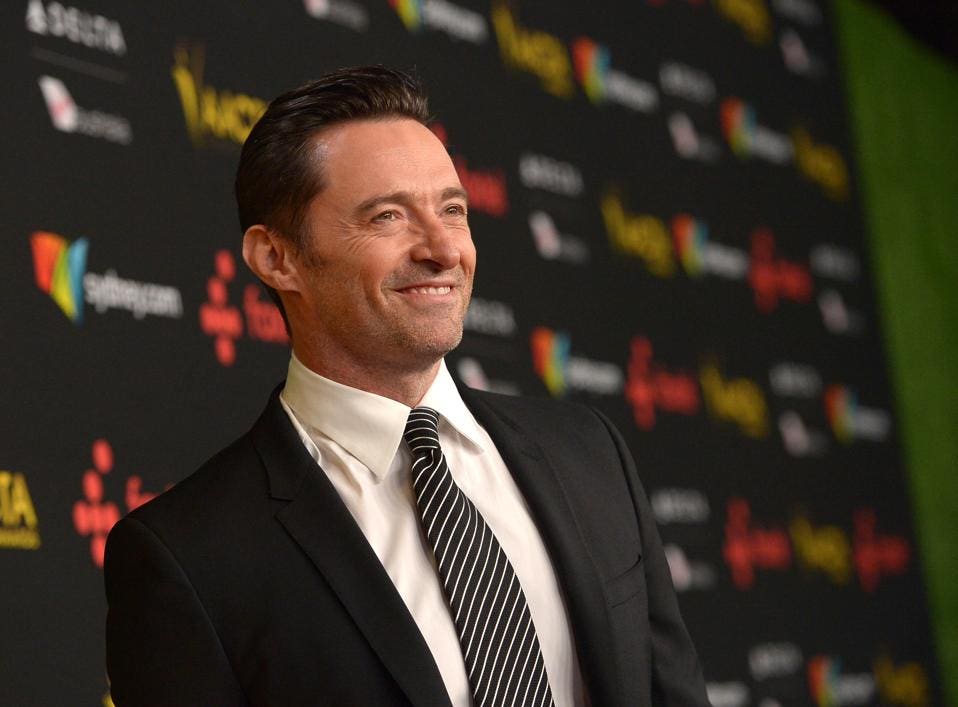 It seems like everything Hugh Jackman touches turns to gold. He has a successful movie career, happy marriage, and even won a Tony for his Broadway performance. So, when he decided to tackle the coffee business, you knew it was going to be successful.

The “Wolverine” star launched Laughing Man Coffee in 2011 as “social entrepreneurship” program where the company’s profits would go back to the coffee farmer communities. Plus, Australian-born Jackman knows a good cup of coffee.

This year, at SXSW, he announced the company was making a renewed commitment to the advancement of coffee growing communities around the world by doubling charitable donations this spring. I was lucky to chat with him about the charitable pursuit, his thoughts on the coffee business, and passion for travel.

Q: So, what’s happening with Laughing Man Coffee these days?

A: Well, what is really exciting and new is that we are the first brand to have fully recyclable pods in the United States.  That is something many consumers have wanted for a long time. I also think we have the great trifecta going in that we are fair-trade, now recyclable, and I am giving all of my profits back to the foundation. It’s taken a while for us to get a non-profit to be meaningful really. But we just completed about 100 projects, 40 kids are going to college, we have fixed roofs, houses, schools, irrigation systems, lots of stuff and of course, last October I visited the co-op that we are starting with down in Columbia.

Q: Did you ever see yourself getting into the coffee business?

A: Nope! I saw myself drinking coffee for the rest of my life. About 15 years ago, I developed an idea of starting a social business. I was very inspired by Paul Newman and then I got to meet Muhammad Yunus, who won the Nobel Peace Prize for his work on micro-finance. It struck me that rather than just attaching my name as an ambassador or patron, it would be better to create something that lived on long after I was gone. If your underlying goal is to have a business that does good on every level, it’s really rewarding when it starts kicking.

Q: You’ve talked a lot about social entrepreneurship. Why is that important to you?

A: I don’t think that anyone could argue that the idea of giving back is important. We take for granted what I had when I was growing up in Australia. I had free education, free health, clean drinking water, many things that others don’t have. First of all, you have a business with good intentions of giving back. Then, no one is drinking coffee they don’t like, right? So, we create a good cup of coffee. And I say that as a coffee snob.

Q: Well, you are an Aussie!

Q: This whole business was sparked by a trip to Ethiopia with your wife. Are you often inspired by your travels?

A: Yeah. Always. I think particularly we have taken our kids on some of these trips, and it helps them understand, and Deb and I, understand what’s happening in other parts of the world.

Q: Is travel something that is important to you and your family?

A: My kids have been traveling since they were young. They are the opposite of me. When we were like, I think we are going to stay at home this winter; they are like yeah! When I was growing up, honestly, I had a map of the world next to my bed, so I used to literally dream of places I was going to go. So, they have a slightly different perspective. I think maybe we have traveled them a bit too much. But for Deb and I, travel has always been inspiring and certainly opens your field of vision in many ways.

Q: Were there any poignant moments in your travels that has really shaped you as a person?

A: Yes! Going to the Outback of Australia when I was 18. I spent three months living and working in two indigenous communities there, who I am still in touch with. That was very life changing for me. I was a Sydney boy. I lived in pretty much an urban/suburban lifestyle, quite sheltered. I had never been to the Outback, I had never really interacted at all with indigenous Australians until that trip, and that was hugely life-changing for me.

A State-By-State Guide To The Top Women’s ...