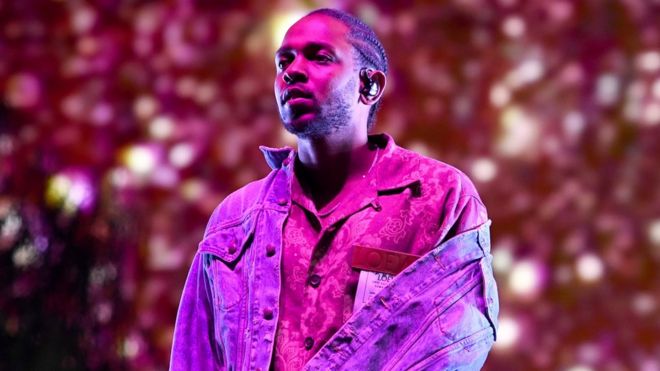 Rapper Kendrick Lamar has won the Pulitzer Prize for music, becoming the first non-classical or jazz artist to collect the award.

The 30-year-old Californian won the prize for his album Damn, released in April 2017.

Lamar won five Grammy awards for Damn in January – but lost the coveted album of the year prize to Bruno Mars.

Matthew Trammell of Pitchfork said of Damn: “Storytelling has been Lamar’s greatest skill and most primary mission, to put into (lots of) words what it’s like to grow up as he did – to articulate, in human terms, the intimate specifics of daily self-defense from your surroundings. Somehow, he’s gotten better.”

Kendrick Lamar wins the Pulitzer prize for music! There are some who will say rap doesn’t need it (maybe) and others who’ll say this is the judging panel trying to be down with the kids (nope) but as a marker for rap’s standing in US high culture, it’s a big one.

As well as being a critical success, Damn went platinum in the US just a month after its release. It has now sold more than a million copies in his home country and when streaming is included, that figure rises to 3.1 million equivalent sales.

The album sees Lamar question his motivations, contradictions and failings against the backdrop of political and cultural turmoil in America.

His weighty, dextrous raps are framed by bleeding-edge production, while the single DNA features a sample of Fox News host Geraldo Rivera criticising Lamar’s performance at the 2015 BET Awards, which itself criticised police brutality towards African Americans.

“We are very proud of this selection,” Dana Canedy, administrator of the Pulitzer Prize told reporters after the winner was announced.

“It means that the jury and its board judging system worked as it’s supposed to – the best work was awarded a Pulitzer Prize.”

The Pulitzer prize is best known for recognising US journalism, but it also gives awards for books, poetry and music.

The other two finalists in the music category were Quartet, a work for string quartet by Michael Gilbertson; and Sound from the Bench, by Ted Hearne.

Sound from the Bench is described as a “five-movement cantata for chamber choir, electric guitar and percussion that raises oblique questions about the crosscurrents of power through excerpts from sources as diverse as Supreme Court rulings and ventriloquism textbooks”.

This year’s music jurors were violinist Regina Carter; Paul Cremo, a director at The Metropolitan Opera; Farah Jasmine Griffin, a professor of English, comparative literature and African-American studies at Columbia University; David Hadju, music critic for The Nation; and David Lang, a composer.

Not all of the panellists had heard Damn before their deliberations, said Hajdu, “but we listened to it and there was zero dissent”.