NAFTA talks hit wall as Mexico, Canada push back on US demands 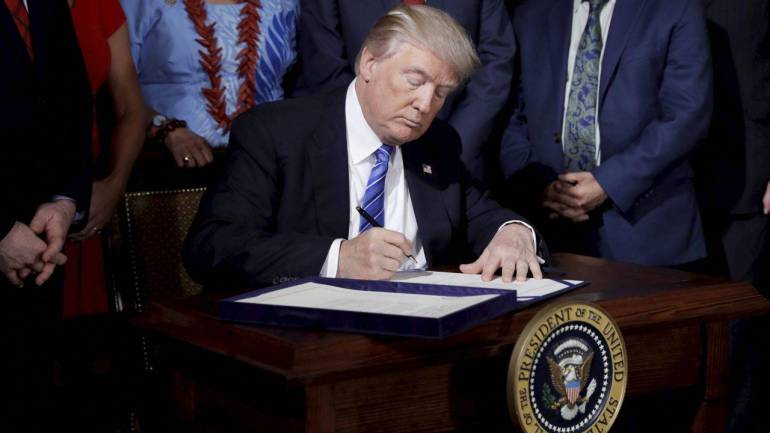 Mexico and Canada have rejected a US proposal to raise the minimum threshold for autos to 85 percent North American content from 62.5 percent as well as require half of vehicle content to come from the United States.

The United States, Mexico and Canada failed to resolve any major differences in the fifth round of talks to rework the NAFTA trade deal, drawing a swift complaint from the Trump administration on Tuesday that the lack of progress could doom the process.

The three nations have vowed to continue talks on the North American Free Trade Agreement (NAFTA) through March, but the yawning disagreements on core US demands are piling pressure on negotiators to come up with fixes before Mexico’s 2018 presidential campaign begins in the spring.

Mexico and Canada have rejected a US proposal to raise the minimum threshold for autos to 85 percent North American content from 62.5 percent as well as require half of vehicle content to come from the United States.

The two have also resisted a range of other US demands, including a plan to scrap a key dispute resolution mechanism and proposed curbs on Mexican and Canadian agriculture.

“While we have made progress on some of our efforts to modernize NAFTA, I remain concerned about the lack of headway,” he said in a statement. “Thus far, we have seen no evidence that Canada or Mexico are willing to seriously engage on provisions that will lead to a rebalanced agreement. Absent rebalancing, we will not reach a satisfactory result,” Lighthizer added.

Lighthizer and his Mexican and Canadian counterparts stayed away from the talks in Mexico City, where the mood was calmer than in the previous round last month in Washington.

Negotiators said advances had been made in agreeing on to the technical detail that forms the bedrock of the accord. But time was running out if they want to reach a deal by the end of March.

The negotiating teams are due to meet again in Washington in December before a sixth formal round of negotiations is scheduled for Montreal, Canada from Jan. 23-28.

A US official said wording had been agreed upon for anti-corruption, telecommunications, goods market access, sanitary and food safety measures and technical barriers to trade with spaces left for disputed sections.

“I think there’s a lot of gelling going on, rather than a lot of closing, so I think there’s a good argument that we are on schedule, that meeting our deadline of an agreement by March is not out of the question,” the official said, speaking on condition of anonymity due to the sensitivity of the talks.

US President Donald Trump has threatened to withdraw from NAFTA unless he can rework it in favour of the United States, arguing that the pact has hollowed out U.S. manufacturing and caused a trade deficit of over $60 billion with Mexico.

The US official expressed frustration that Mexico and Canada were not engaging in talks on the auto content proposal and others aimed at “rebalancing” trade in the region.

“If you make a proposal and the other side doesn’t respond, what is it you’re doing?” the official said.

The U.S. auto proposal is a central plank of Trump’s America First strategy to boost U.S. manufacturing, but it faces stiff resistance from the auto industry, which worries it will make North American carmakers less competitive and costlier.

Mexican and Canadian officials said they wanted the United States to explain how the auto plan could prosper.

“Where is the merit in making a counterproposal to a demand that would take us backwards?” said a Canadian source.

The US official did note, however, that Mexico had put forward a counterproposal to a US plan to restrict access for Mexican and Canadian firms to U.S. public contract tenders that sought to put U.S. firms in the same situation in Mexico.

“I think Mexico is being helpful in using a counterproposal to crystallize their views,” the official said.

Mexico also formally proposed that NAFTA allow for a review of the accord every five years, instead of terminating the deal automatically if it is not renegotiated, as the United States has demanded, three Mexican officials said.

Taking effect in 1994, NAFTA underpins much of the more than $1 trillion in annual trilateral trade, and Washington’s threats to walk away from the pact have spooked markets.

Mexican officials initially expressed hope that chapters such as telecoms and e-commerce could be closed during the round. But chief Mexican negotiator Ken Smith told reporters that none would wrap up this time.