Plane lands on nose at Spirit of St. Louis airport

Officials at the Spirit of St. Louis Airport in Chesterfield, Miss., are blaming a gust of wind for tipping a small plane on its nose Tuesday night.

The aircraft, a single-engine “taildragger,” was preparing to land shortly before 8 p.m. when the incident occurred. According to the St. Louis Dispatch, the plane’s pilot was the only person in the aircraft, although a separate report said three people were on board at the time.

Airport officials confirmed there were no injuries, according to Fox 2 Now. 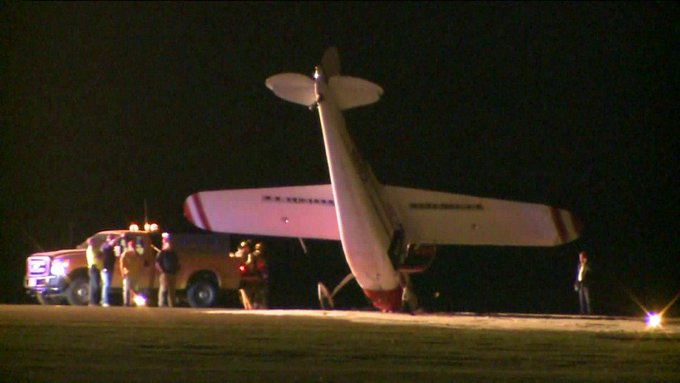 Twitter Ads info and privacy
First responders and firefighters responded shortly after the aircraft touched down. John Bales, the airport’s director of aviation, confirmed that the aircraft began leaking fuel after tipping upward, prompting fire crews to spray foam across the area as a precaution.

“It’s 1960s area, it’s a beautiful classic (plane),” Bales told the St. Louis Dispatch. “The pilot was just flying it recreationally … the pilot told me he barely felt a jolt.”

The plane was cleared to be removed from the runway later that evening.

Did teacher of the year send Trump ...