A Syrian monitoring group and paramedics say government shelling and airstrikes on rebel-held suburbs of the capital, Damascus, killed at least 98 people on Monday.

The Britain-based Syrian Observatory for Human Rights says it was the deadliest day in three years in the area known as Eastern Ghouta.

The Syrian Civil Defense, also known as White Helmets, said the shelling and airstrikes killed 98 and that some people are still under the rubble. The Guardian reported that four hospitals were bombed.

The Observatory says 20 children and 15 women were among those killed on Monday. 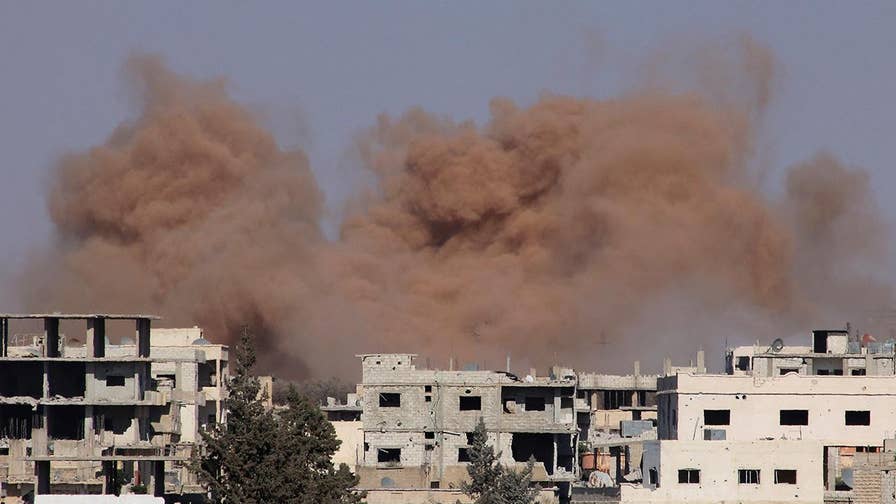 A doctor described the scene to The Guardian.

“A little while ago a child came to me who was blue in the face and barely breathing, his mouth filled with sand. I emptied it with my hands. I don’t think they had what we do in any of the medical textbooks. A wounded child breathing with lungs of sand,” he said. You get a child, a year old, that they saved from the rubble and is breathing sand, and you don’t know who he is. All these humanitarian and rights organizations, all that is nonsense. So is terrorism. What is a greater terrorism than killing civilians with all sorts of weapons? Is this a war? It’s not a war. It’s called a massacre.”

The targeted suburbs have been subjected to weeks-long bombardment that has killed and wounded hundreds of people. The Guardian, citing local counts, reported that more than 700 people have been killed in three months.

Opposition activists say government forces have brought in reinforcements in preparation for a wider offensive on the area — the last main rebel stronghold near Damascus.