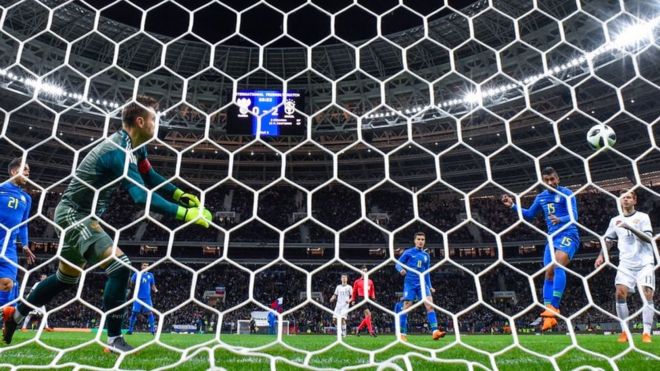 Football fans risk paying inflated prices for World Cup tickets that might not be valid if they use secondary ticketing sites, Which? has warned.

The consumer group found tickets for the England vs Tunisia match priced as high as £11,237.

Football’s governing body Fifa has warned it can void any ticket purchased on an unauthorised ticketing website.

In March Which? found five ticketing websites including Stubhub and Ticombo that were selling World Cup tickets.

Stubhub said tickets had appeared on its UK website due to a “technical error” and there were no World Cup tickets currently available.

“StubHub fully complies with applicable laws. Therefore, we do not allow the resale of World Cup tickets on Stubhub.co.uk,” a spokesperson said.

However, Ticombo said it was not breaking the law by trading tickets and neither were fans.

“If Fifa has a problem with fans wishing to sell their ticket to a third party, it has a problem not with Ticombo, but with the free market itself,” it said.

The 2018 Fifa World Cup kicks off at the Luzhniki stadium in Moscow on 14 June. The final round of ticket sales by FIFA starts on 18 April.

Fifa says that strict admission checks will be made on tickets during the tournament and fans will need to have a special identification document to be able to enter the stadiums.

Which? urges fans to only buy tickets from authorised sellers.

“Football fans need to be aware that if they buy a World Cup ticket from an unofficial source, they risk paying inflated prices and potentially not getting into the game at all,” said Alex Neill from Which?.

“If you don’t want to risk watching the World Cup from the sidelines, you should only buy from the official Fifa reselling website,” he advised.