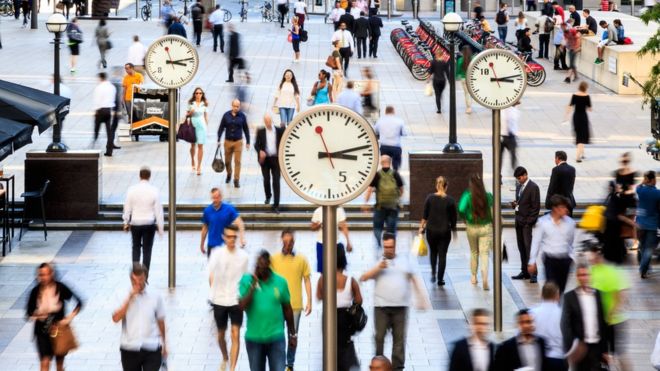 The year-long squeeze on wages is nearing an end, official figures for the three months to February suggest.

Using the consumer prices index (CPI) average wages went up by 2.8%, still below the 2.9% inflation rate.

But the Office for National Statistics said when wages are compared with their new measure of inflation, including housing costs (CPIH), average weekly earnings rose by 0.2% year-on-year.

Meanwhile, unemployment in the latest three-month period fell by 16,000 to 1.42 million, with the 4.2% unemployment rate the lowest since the three months to May 1975.

The Bank of England has said it expects the fall in unemployment to start pushing up pay more quickly, which is the main reason why it has said it is likely to raise interest rates more quickly than it previously thought.

The number of people in work has reached a record high of 32.2 million.

The strength or otherwise of people’s incomes is one of the most important drivers of our economy.

Not only is it of obvious importance to people individually – if each year I feel a little richer I tend to have a more positive outlook on life – but it is also the engine at the heart of our country’s growth.

Household consumption accounts for about 60% of the value of the UK economy.

If consumers are on average worse off – as they have been for the last year – then spending levels are put under pressure and economic activity slows.

That means we are producing less wealth, less tax income and less money for spending on things like the health service.

Tuesday’s better news on incomes – month-on-month wages are now rising faster than prices – does not mean the good times are suddenly back.

And for many millions of people the last decade of anaemic incomes growth has left wages pretty much where they were in 2007.

And we haven’t seen figures that miserable since Queen Victoria was on the throne.

Work and Pensions Secretary Esther McVey said: “Another milestone for employment has been reached under this government as employment reaches a record high, up 3.2 million since 2010 – the 16th time the employment record has been broken in the same period.

“Day-by-day we are helping people turn their lives around by getting into employment. Jobs are key to transforming lives and work is the best route out of poverty.”

TUC general secretary Frances O’Grady said: “Unions have negotiated pay rises for workers across the UK, from the counters at McDonald’s to the factory floor at Ford.

“But wage growth is still weak. Workers are £14 a week worse off than they were in 2007 – with pay packets not expected to return to their pre-crisis level until 2025.”

Russia Hacks Its Way to “the High ...