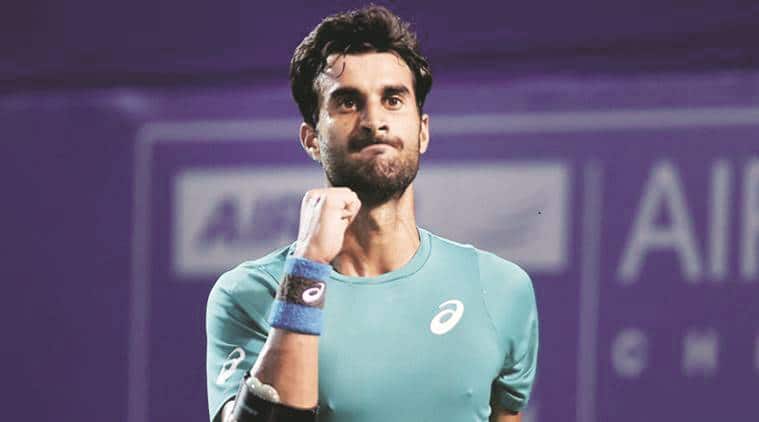 By now, Yuki Bhambri is used to being pulled down by injury just after he had hit a solid run of form. It happened over two years ago, when he reached a career high 88 — the first Indian since Somdev Devvarman to break into the top 100 — before a tennis elbow pulled him down. He had a strong run this past month, reaching the third and second rounds at both Indian Wells and Miami Masters respectively after coming through the qualifiers – the first time he scaled such heights in ATP 1000 events. Following that, he suffered a minor tissue tear in his abdomen.

This last week, he hadn’t quite recovered when he signed up for the $150,000 Taipei Challenger, but needed to put up another strong performance. After all, the cut-off date for the French Open (April 16) beckoned, along with the chance for the world no 105 to make a second successive appearance in the main draw of a major. In Taiwan, Bhambri didn’t quite play without pain, but he held on to face compatriot Ramkumar Ramanathan in the final, and win his career’s biggest title in a 6-3, 6-4 win.

“I came into the tournament not yet ready to be able to play, so the injury kind of flared up again in the final,” he says. “In every match, I was fighting for the goal to make the French Open and Wimbledon cut. That just kept me motivated to keep fighting and to keep trying to win even though I wasn’t at a 100 percent this week.” This was the first title of the season for the 25-year-old, earning him 125 ranking points to potentially take his ranking to as high as 83 — a new career best — when the rankings are updated on Monday. Those statistics weren’t on his mind though. His exploits at the Masters events, where he stunned the likes of veteran Nicolas Mahut and then world no 12 Lucas Pouille, gave him confidence to continue that run when he got back onto the Challenger circuit.

“When you play good matches against tough players, some of the best in the world, you obviously believe in yourself a lot more,” he says. “So coming into this tournament, I just had to keep my level up all throughout the week and I did it quite well.” On the day, he came up against a familiar opponent in a unique situation where both singles finalists were Indian. Bhambri had played and beaten Ramkumar three times since the start of the 2017 season. But just like Bhambri, the Chennai-lad too has been on an upward curve.

In June last year, Ramkumar came up with an upset win over then world no 8 Dominic Thiem at the Antalya Open. The title in Taipei would have been the world no 133’s biggest title as well, but the finalist position does propel him to a possible career high rank of 116.

“It’s incredible to have two Indians playing in such a big event, and it’s a wonderful achievement by Ramkumar to beat some really good players and make the final,” Bhambri says. “We know each other’s strengths and weaknesses, so all the matches have been pretty tough against him.” Ramkumar’s most potent weapon, his big serve, did help him rain down seven aces. The Delhi-lad though was a stronger stroke player and fed off his opponent’s power to find the break in Ramkumar’s second service game of the first set. Though the 23-year-old managed to break back immediately, Bhambri took the lead again and held on to his serve.

In the second, at 4-4, Bhambri crucially broke his compatriot and then comfortably served out for his biggest career title, and a career-high rank. With it comes the opportunity to play in the bigger ATP events – an aspect Bhambri wasn’t able to take advantage of two years ago. “It’s a new challenge for me, new territory,” he says. “I’d like to mix up some events now and given my ranking, hopefully I’ll be able to play some big ATP events. The goal though is to try and stay healthy. I’m really happy now that I can play at the level that I want to.”

For now, he’s achieved the immediate target of making it to the next major, and India finally has a top 100 singles player again.